Hey Guys! It’s Try it Thursday and I wanted to feature some shows that I have become totally obsessed with! In a previous Try it Thursday post, I mentioned that we decided to get rid of cable, and it wasn’t for the fact that I don’t like watching TV, in fact, my husband would probably call me an addict, but it was for the cost savings. So, upon getting rid of cable, we had to find creative ways for me to get my daily fixes of TV. We purchased the Roku box that fills me with ample delight where withdraw does not seem to creep in.

On our Roku we have Netflix and oh boy has Netflix really knocked it out of the park with their original series. I learned about the “original” series because they brought back my beloved Arrested Development and once I finished those I was like now what? Then to my surprise I learned they had other shows! So these three, in my humble opinion, are not to be missed series: Orange is the New Black, House of Cards and Hemlock Grove.

Orange is the new Black was a total surprise to me. My sister raved about this show and I finally gave in and watched an episode and was attached instantly. The characters are so likeable, yet seriously messed up and narcissistic, what’s not to love? I never thought I would watch a show that involved Jason Biggs, but low and behold I have succumb to the prison plot line.

Once I blew through the Orange is the New Black series, my Mom told me I need to watch House of Cards. I was hesitant because I had this suspicion that I would really have to pay attention to the dialogue, but I gave it a chance. I did have to pay attention, but I quickly learned that I “wanted” to pay attention and not be on my computer at the same time, this is a sign of a good show in my world! It is a political show with a dramatized twist of what one has to do to get ahead in the political world. And what’s not to enjoy about watching Kevin Spacey and Robin Wright? Watch it!

And lastly, the unexpected find, Hemlock Grove. Now, I am only three episodes into it at this point, but this show is a mix between True Blood and Twilight. It brings this adult plot with some high school characters and supernatural powers. I also love the fact that this show is based on a fictional town in Pennsylvania (my home state).  So, if you are as sad as I am that True Blood season 6 is over already, you might want to check this out as a filler. And the other connection with True Blood you might ask? The main young character, Norman, is the real life brother of Alexander Skarsgard (Eric). 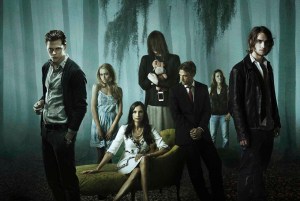 That’s all I have for the Try it Thursday guys! What shows have you been watching? Have you watched any of these? Did you also get rid of your cable and how are you managing that?

The WATF motto is “perfection is boring"! This is a lifestyle blog devoted to things that represent the perfectly imperfect. 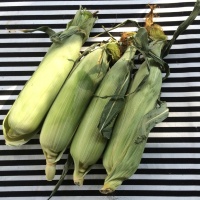 My journey around the world

The ultimate guide for independent travellers seeking inspiration, advice and adventures beyond their wildest dreams

this heart of mine

A design blog about living a stylish life and transforming the so-so.